“You parasitic money-grubbing bastard; I hate people like you!”

I was not making myself popular.

I was spending some time getting my arms around the state of the kiwi fruit industry, which is centered on New Zealand’s North Island. I had been talking to growers, real estate agents and bankers – one of whom (a grower who had recently left “jingle mail”) didn’t like the idea that I might wish to buy something if prices collapse sufficiently.

Being completely honest about my intentions, I had indicated that I would only be buying when orchards were valued for less than an identical bare block of land would go for. So, essentially I’m not prepared to pay ANYTHING for the vines, and would buy when the vines are viewed as a liability rather than an asset. Loony heh! Maybe, maybe not… 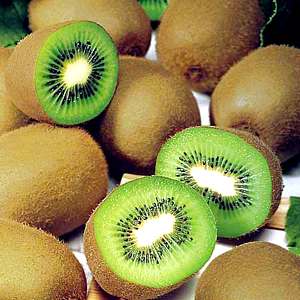 PSA is a bacterial disease that affects kiwifruit. It has been wreaking havoc amongst orchards here ever since its discovery in November of last year, on an orchard in the Bay of Plenty on NZ’s North Island.

Now a new  strain of the bacteria called PSA-V has industry insiders speculating that  it may wipe out every gold fruit orchard in the region (note: There are  essentially 2 varieties of the fruit, gold and green, with the gold fetching a  premium). Accusations are flying wildly about as to who is to blame for  allowing the disease into the country. At least I cannot be blamed for  bringing any harmful diseases into the country eh!

Many growers are surviving on the back of last year’s payout.  The problem is that farming is a capital intensive business. You need to prune,  fertilize, etc. All of this takes capital which you have no guarantee of  getting  back. Those who want out can’t sell since the banks won’t lend on  the orchards. With collapsing revenues and no indication of a solution it’s just too risky for them. Not a pretty picture.

I had clearly hit a nerve with this particular grower. His retort gives me courage, as it indicates just how bad the situation is becoming. New Zealanders are a parochial bunch, so an accented foreigner unwilling to bail out kiwi’s, and who wants even cheaper prices, makes for a decent spit bowl.

Growers are struggling, agents selling kiwi fruit orchards are running on fumes. The impact is felt all the way down the value chain. Financial hardship sucks, it makes people angry, frightened and irrational.

I feel for those who have been blindsided by this disease. I think more accurately the guy I was talking to hates that I’m not buying anything, as opposed to hating me personally. The frustration of mounting debts with no foreseeable easy exit is getting to him. I’m just the spit bowl.

The problem is that I don’t know how to add value right here and now while mitigating my risks sufficiently. We’re looking at a potentially terminally ill patient with multiple tubes in every orifice, and I’m not about to bet on a solution miraculously arising that solves this PSA problem. I’m definitely not about to go bankrupt in order to bail out others who are unfortunate. I help nobody if I’m broke. I can only add value in this particular sector by buying at ridiculous prices.

I’m not skilled enough to know any other way, since my farming skills are not … cough… worth anything. Those who think that buying at the bottom of a market is scavenging are usually the very same ones that are too afraid to do so, and will only buy when the perceived risks are lessened (and prices are therefore higher).

Being hated and hating

I spoke previously about some of the lessons I’ve learned as an investor. I have a few simple principles I try to live each day with.

It’s OK to be hated. It’s not rational but I understand it. Thing is when someone hates you it’s not your problem, it’s theirs. If someone hates me it’s they who are up at night thinking about it. If I don’t care, I’ll be happy and fast asleep. I try not to hate anyone, and certainly not a bunch of farmers who find themselves in a pickle.

There are however, exceptions! I was recently defrauded by a well-known “upstanding” businessman. I HATE the guy. Why? Because he lied to me, forged documents and stole from me. I shouldn’t hate him but I do. I’ve had visions of smashing his face into the pavement and kicking him till his bones are all broken. It’s money that I could have used to educate my children, or feed them. I hate him for it.

Although maybe they say it, these farmers really can’t hate someone for not wanting to buy a depreciating asset. It reminds me of those “patriotic” Americans who hated the French for not following them into war in Iraq. You know, boycotting French fries and the like, it’s not logical.

Back To The Coming Opportunity

I think buying into this sector right now has too many uncertainties and unknowns. Also, it’s not cheap enough yet. Real estate including agricultural land in this part of the world still doesn’t make sense. Mark and I are very bullish on agriculture, and frankly, we have struggled to find a decent medium to invest in the sector outside of ETFs and futures contracts. Farming is a tough business, and I for one don’t have the skills to do it effectively, nor do I want to, which is just as important.

Financial yields on farmland in NZ are very low, especially when compared with those in South America. Technology and farming practices in NZ cream just about anything you’ll come across in South America, but I’m not sure that buying agricultural land here makes sense on current valuations. It’ll probably do OK, but it doesn’t strike me as a screaming buy.

NZ farmland in this specific sector may provide an opportunity a year from now, when the ability to service debts has dried up from contracting incomes. If incomes continue to fall with collapsing agricultural yields property owners will not be able to give their blocks away, and then it’ll be time to buy.

When we can buy agricultural land which can be turned profitable at finance rates in the 20% range, and the land is being sold with little value being placed on its income-producing potential, I’ll be there with shiny bells and whistles. The “haters” will be everywhere. If we never get there that’s OK too, I’m a patient guy, and there’s always, always another opportunity. You only need one or two truly great investments in a lifetime to make all the others seem like chump change.

“It is not necessary for all men to be great in action. The greatest and sublimest power is often simple patience.” – Horace Bushnell

Chris has founded and built several multi-million dollar businesses in the investment arena including overseeing the deployment of over $30m into Venture Capital opportunities and advising family offices internationally. Prior to this, Chris built a career at Invesco Asset Management, Lehman Brothers, JPMChase, & Robert Flemings.
MORE ARTICLES »
PrevPrevious1 Simple Step On How To Become A Better Investor
NextEducation versus SchoolingNext

Hi Chris: Have really enjoyed reading about your experiences, your perspective and your healthy sense of “What you think of me is non of my business”. I was wondering where you got that from when in this article I spotted a clue eh! – or maybe not. Have a FANTASTIC week, Sincerely Derek-J

Thanks Derek. And I’ll be certain to have that fantastic week and wish you the same.

“You parasitic money grubbing bastard; I love and look up to people like you!”