Strong macro-economic trends are typically like ocean liners or overfed pigs in feed lots. They turn slowly and with difficulty.

I recently discussed Mongolia, comparing it with another resource rich country in Africa in a post entitled Congolia. Therein I re-stated our bullish stance. The country has some very strong macro-economic tailwinds behind it.

We then interviewed Ganzorig Ulziibayer, president of Mandal Insurance and Chairman of Mandal Asset Management in our post entitled Mongolia – Time to Jump Back In?

Mark and I have been on the phone the last week with numerous contacts in the country, and our consensus is that Mongolia has bottomed.

For instance, Mongolia Growth Group (YAK.CN; and MNGGF:PK) is presently trading at roughly 40% of its highs…highs I might add which were made when the balance sheet was a fraction of what it is today. Has the story changed? Slightly, as it has only gotten better.

Is the company worth more today than it was when the stock was trading at $6 per share? Absolutely, in our opinion.

As our friend and CEO of Mongolia Growth Group, Harris Kupperman so eloquently commented to me the other day, “Trust me, Mongolia has bottomed, get long!”

Gee, tell us how you really feel Kuppy.

With that prequel in mind, let’s talk about Yen…

The Mayans were predicting – Japan (OK, maybe not exactly, but…)

I’ve always like pair trades. As such I have one for you to consider today.

Currently we maintain our short Yen position first discussed when betting on an overlooked and inevitable crisis.

Shinzo Abe’s liberal democratic party (LDP) has just been returned to power after 3 years. In his last stint in the hot seat Shinzo lasted less than a year after literally “shitting himself” due to the stress of the job. I’m not kidding…his excuse was actually something called ulcerative colitis, or to most…just plain bad diarrhea.

If it was me and I was taking over the Japanese problem and their crescendo of debt I think I’d be preparing for daily underwear changes.

That “Shinny” is Japan’s seventh prime minister in six-and-a-half years is indicative of a consistent failure of policy makers in the higher echelons, urghh I mean dregs of Japan’s society. This is a country in complete disarray.

So what is Shinny going to do? What can he do?

In reality, with a probable 320 out of 480 seats in the lower house of Japan’s parliament going to his party the answer is pretty much whatever he pleases.

In most functioning modern democracies we have come to expect politicians to renege on about 90% of the promises made during campaigning. For a number of reasons though I’m inclined to believe Shinny this time around. This is because he actually has done before what he is proposing to do this time. Namely massive government spending programs and unlimited monetary stimulus.

So what we have here is a politician who has campaigned on a platform of unsustainable economics. It’s astounding to me that he has not been laughed off the stage before even getting started. It is testimony to the unusual state of affairs we find ourselves in today. A state of affairs where the public are completely ignorant, self-absorbed and unaware of history.

Shinny On the economy

“The LDP is inheriting a struggling economy, regional tensions and questions over Japan’s role in Asia,” … “The economy is at the bottom. It’s our first mission to turn it around.”

“Its very rare for monetary policy to be the focus of an election. We campaigned on the need to beat deflation, and our argument has won strong support. I hope the Bank of Japan accepts the results and takes an appropriate decision,”

Thoughts: Shinny plans to ramrod through full-blown inflationist policies. He sees the government instructing the central bank. Independence be damned. Realise that targeting 3% inflation AND keeping bond yields from rising is kinda like eating chocolate cake all day long and sporting a six- pack.

“We have promised to pull Japan out of deflation and correct a strong yen. The situation is severe, but we need to do this,”

Thoughts: Situation severe…well stated Mr Abe. Correcting a strong Yen? Sure no problem…we all know that the road to prosperity begins with destroying your currency.

“I promise to protect Japan’s land and sea, and the lives of the Japanese people no matter what”

Thoughts: Keep the islands…suffer falling trade. Some things come to mind namely rocks and hard places, bugs and windshields, and moths and flames.

I think we’re getting ever closer to seeing how the greatest experiment ever in Keynesian economic theory will end!

Something else to consider. Japan is no longer self sufficient in energy. Fukushima did more than just cause problems in Fukushima. The problem spread to the entire energy sector.

Japan is experiencing higher energy costs now, with fully 48 of Japans 50 functional reactors shut down indefinitely. What will a weaker Yen do to that part of the equation? It will of course cost Japan even more, and this in turn will pressure the trade deficit – the kingpin that has been holding the bond market together.

Hooooo boy, I would not want to be a Japanese central banker right now. Get ready to dance! 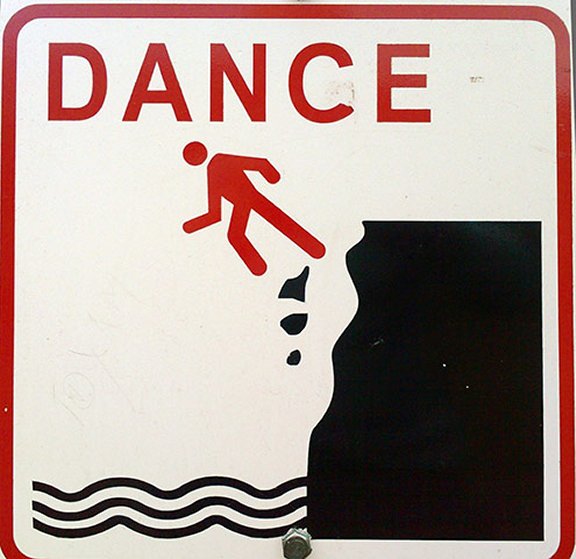 Note: There exists a massive short Yen, long equities position in the futures market right now. In fact it’s at an extreme. I wouldn’t get short Yen here, but I’d certainly be adding to existing positions on any Yen bounce.

Ultimately in every piece of economic history I’ve read I’ve found that the bond market is the swarm of termites in the underpants of Keynesian monetary theory. This time won’t be any different.

Mongolia has bottomed, and Japan…well, Japan has topped.

Moral of the story: The Forex traders amongst our readers may wish to cross Tugrik and Yen.

“We think Abe’s a shoo-in. And he said he’s going to do everything possible to get to 3 percent inflation. He doesn’t even know what he wishes for, because if he gets there, he detonates his debt bomb.” – Kyle Bass

Chris has founded and built several multi-million dollar businesses in the investment arena including overseeing the deployment of over $30m into Venture Capital opportunities and advising family offices internationally. Prior to this, Chris built a career at Invesco Asset Management, Lehman Brothers, JPMChase, & Robert Flemings.
MORE ARTICLES »
PrevPreviousMongolia – Time to Jump Back In?
NextThe End of The World… So, Why Are We Buying NOW in Mongolia?Next

On one of your previous posts regarding Japan about a year ago, one of the commenters asked your opinion of JGBD (PowerShares 3x Inverse Japanese Government Bond Futures ETN) as a possible play on this stuff for retail investors.

I’d be grateful for your opinion on this as well if you have one.

No problem.
I think I have mentioned this before but I dislike the leveraged ETF’s. They have to roll futures contracts and in order to keep the position and as such your capital gets eaten on the buy/sell. Maybe I’ll make a post about the math behind it sometime.

Firstly, love your work, but why use ships, pigs and termites as examples of fiscal problems?
1. A ship might be slow to turn, but it will change course normally to avoid danger or to reach it’s planned destination (and uses time tested rules and charts sometimes going back 100’s of years – Gold?)
2. The fatter (or better conditioned) the pig the better. I don’t care how slow it turns. I love this magical creature (credit to Homer Simpson) It provides Roast Pork, Pork Chops, Ham and bacon!!!.
3. Re: “the swarm of termites in the underpants of Keynesian monetary theory”… Well, Termites won’t hurt humans physically. Only economically. They eat cellulose – Timber, paper etc. – not Assholes, so unless you’re suggesting a Keynesian has a stick up his arse then….Oh! I see where you’re coming from here…
Cheers 🙂
Leigh

I hope you guys have a very Merry Christmas!

Back at ya on the well wishes. In answer to your question I’ve made multiple blog posts about Japan, there are all the numbers direct on the BOJ website and I’ve just finished watching something a friend sent me. Kyle Bass detailing the math eloquently. https://www.youtube.com/watch?v=JUc8-GUC1hY

I was referring to the math related to ETF’s that you mentioned below. Not sure why my reply ended up landing up higher in the comments. I guess I hit the wrong “reply” link maybe.

On the Japan stuff, I think you guys are spot on. There is a tsunami coming I think.

Thanks for the video link. Hope he’s wrong about coming warfare. Sadly, I doubt he is wrong.

Long term they should mostly be shorted as they approach zero.
Example:
Let’s say you pay $100 for an 2x ETF that tracks an index and that the index is (conveniently) at 100. If the index goes up 20% the first day you’re up at 120. Your ETF promises you twice the 20% return though so you would be at $140.

That does make sense Chris. Thanks.